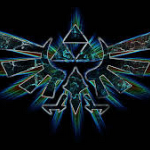 I am setk. Owner of multiple towns, the main one being "British Columbia" or what used to be called "rental co" named after the original reason for the town's existence; my rental corporation (/tele rental co). In British Columbia, there are many other sights to see, and useful things, such as the dire farm (/tele dire) or the megasteak (/tele steak) and the first ever recyling center of 8bitmmo! (/tele recycle). Other noteworthy things: I have one of the largest egg collections, being displayed at /tele egg. I was the one who invented the "2x2" placement for mob farms (which hugely increases efficiency). I am one of the most well known players currently, and I have over 1500 hours logged into 8bitmmo on steam alone.

Retrieved from "https://8bitmmo.fandom.com/wiki/User:Setk?oldid=8364"
Community content is available under CC-BY-SA unless otherwise noted.